Tony called us about his Mom’s house.

His mom was having trouble with mobility. Even with a walker, it was getting harder to get around her house and her stuff. He was helping her get everything in order so she could move to an assisted living community where there was room for her to get around better. Someplace that could accommodate a wheelchair. And somewhere she could get help if she should fall.

He had a wellness visit that was coming in to assess his mother’s needs and if approved, get the hover round that she needed and get her approved to move to a community. Once they had that visit, and she was approved, they wanted to know that they had a flexible sales contract on his mom’s house that would close, he was hoping in mid-February or whenever a room opened in the assisted living community.

Tony and his mom had a few other needs as well. Just look at the video. His mom had a lifetime of stuff and she could only take a small amount of it with her to the assisted living community. Tony had his own life to lead on top of all the assistance he was giving his mom, and while he had a brother that could pitch in, he wasn’t. So in addition to a flexible sale contract that would close when they were ready, Tony and his mom needed someone who could take all the stuff that mom was going to leave behind.

We were able to write that contract with a flexible closing date which turned out to be a few weeks earlier than they had initially thought, as her room opened up faster than they thought. Plus they were able to take just what they wanted and leave the rest behind. Plus they made no repairs.

So if you are seeking a solid cash buyer for your mom’s house. With a flexible date that you might need to move up sooner or push out later. And leave everything behind that you just don’t want. Give us a call at (816) 408-3600 or use the form below. We buy all over the Kansas City Metro.

You can trust our firm offer will not change before closing, and you won’t be hit by any of those surprise fees. We’ll be there to walk you through each step of the sale. 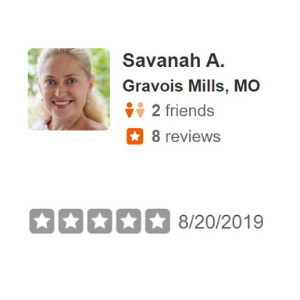