Take a look at this photo above of the house on N Manchester. When the seller called us, the temperature was minus 6 and it had been that cold for a week. There was really a foot of snow on the ground. And all the plumbing in the house was frozen solid.

We had a few more days of super cold weather to keep the house frozen, but there was a warming trend forecasted for the next week and this poor guy had to do something before the big thaw came or he was going to be in a much worse situation.

This poor guy had bought a house and rented it out, but as things go with new landlords, it didn’t work out so well. His plan b was to fix a few things and list it for sale. But he didn’t fix enough things and he had not been able to sell. To save money he turned off the gas and the electricity, which saved him about $50 to $100 a month not heating and cooling the place, but the super cheap utility, the water . . . well he didn’t turn that one off and it cost him . . . big time.

As we mentioned it was super cold, there was no heat, and as pipes full of water will do in this type of situation, they froze. Which when he called us was not a super big deal, nothing bad had happened yet. But when that warming trend they were predicting heated things up to a balming above freezing, then he was going to have some big problems. Those iced over pipes had cracked and when they thawed out, all that water was going to start dripping into the walls, the ceilings and more . . . and totally destroy everything. Hence his desire to sell to us quickly.

But this is where we ran into a snag. It seemed that what he owed on his mortgage was more than we could afford to pay for the house, given the broken pipes and all the walls and ceilings that were going to have to be opened up to make repairs. Plus all the basic repairs the house needed anyway. So we could not buy the house, it just would not work.

Now, I know you are probably asking, what about insurance? Well, he had called his insurance company with the problem first thing. They explained to him that as he had not kept the house rented and as it had been vacant for months, well over their 30-day limit, they just would not cover any damages. So insurance was a no-go.

He then asked us if he could give us the house. He had called his lender, a local bank, with his dilemma next. The banker figured that with the needed repairs most buyers would not buy it, but possibly if they could just take over his payments, they might consider it.

Which, before all the broken pipes would have worked. But with the cost of the repairs doubling due to ice and water damage, just taking over his payments was not going to work.

His next question was, what if he were to help us pay for the repairs. What if he could pay us a small sum to take the house off his hands. We had never had a seller offer to do that before, so we had to call on our team of experts to figure out how he could legally give us his house, let us take over his mortgage payments, and pay us to do so. He figured if he had to keep the house it was going to cost him a lot more than it would for him to pay us to take the house.

So this transaction was by far one of our most creative. The seller could not sell because he owed too much. But because we got creative with the solutions and we had a team of experts to help us, we were able to structure a solution that solved his problems – no more broken house sucking money out of his pocket. The house became our problem and because fixing houses is our specialty, we were able to get into the house and get all the frozen pipes removed before we turned on the heat and before they thawed out, preventing tens of thousands of extra dollars in damages.

So we have some tips for you –

We’ve been buying houses since 2000, with 100’s of happy sellers. We have came across a lot of really difficult situations that we have been able to resolve so the seller could sell and get on with their lives. If you have one of those problem houses, give us a call at (816) 408-3600, we can help you find a solution. 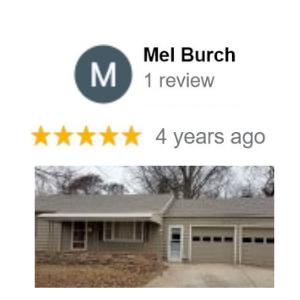