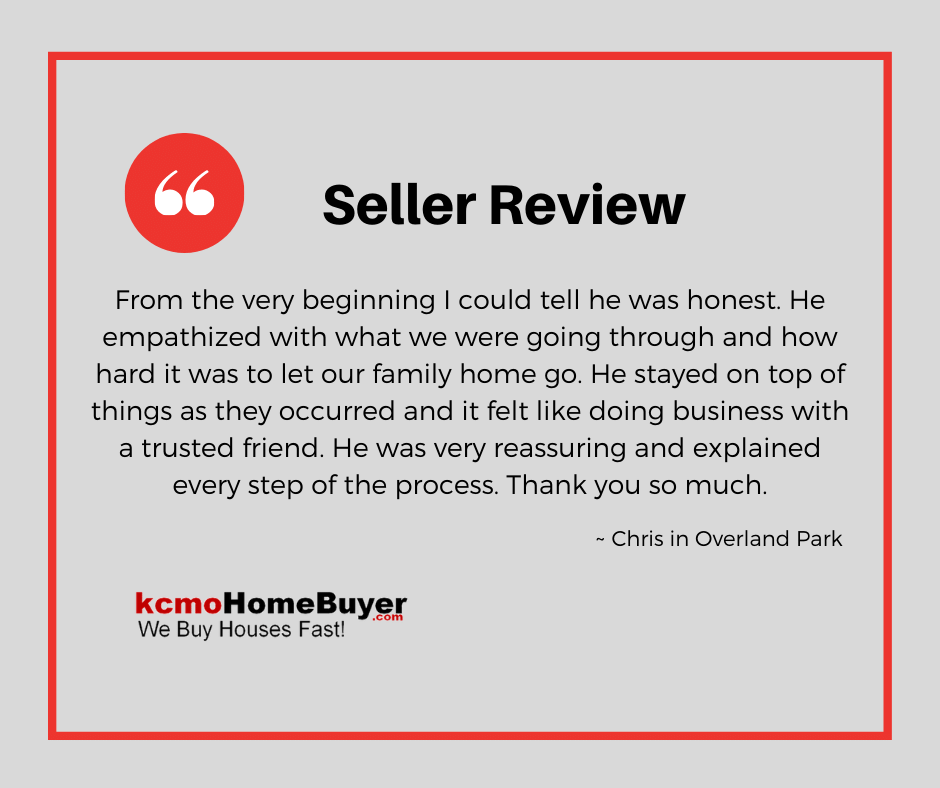 When Chris and Patty received a postcard in the mail a few months ago that we here at kcmoHomeBuyer were interested in purchasing their mother’s house after she passed, they were a little unsure about giving us a call.  They were afraid we were just another scammer who was dishonest and “would cause more pain” for their family.  Instead, after Don walked them through the process and helped them understand everything,  they found the entire process to be like “doing business with a trusted friend.”

Chris shared that “From the very beginning I could tell he (Donald Tucker) was honest. He empathized with what we were going through and how hard it was to let our family home go. He stayed on top of things as they occurred and it felt like doing business with a trusted friend. He was very reassuring and explained every step of the process. Thank you so much.”

Patty shared that “We received a fair price for our mother’s house. We were very relieved because we had so much emotional attachment to the house that it would have been hard for us to sell in a typical manner”

We did hit a few hiccups in the road during the title work phase that we had to work through.  But with our awesome title staff and a lot of phone calls, we were able to work through the issues so we could get the home purchased.

When asked what they would say to another homeowner that might be on the fence about working with the Tuckers at kcmoHomeBuyer their response was ‘Do it, you won’t be sorry . . . Would recommend to anyone” 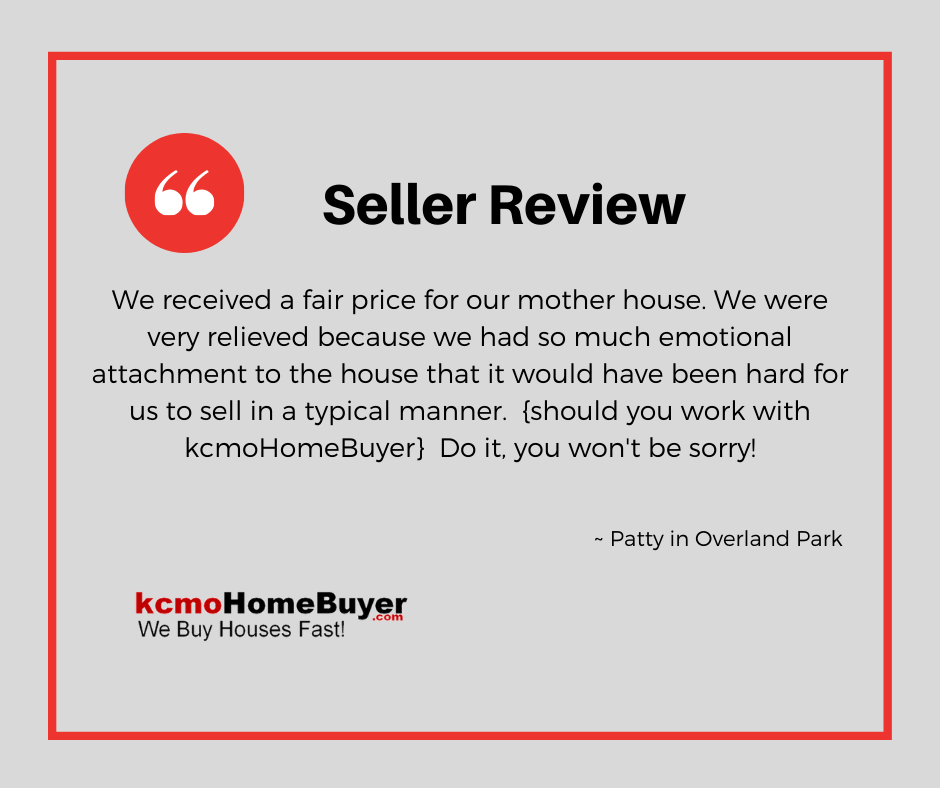 My experience with this company was just totally amazing. I am very thankful for contacting this company.

If you want to sell your home, please contact Scott Tucker at kcmoHomeBuyer.com.  My experience with this company was just totally amazing.  Hassle-free no agent fees, costly inspection repairs, no open house days, no never-ending potential buyers who want to deduct this and that from the asking price.  Scott Tucker gave me a very fair price for my home.  Also, after I agreed to a closing date, I needed an extension date and they agreed to my time frame.  Scott Tucker was awesome to work with from start to closing, with no hidden fees.  I am very thankful for contacting this company.  Thanks again from Nadine T.